Behind the Scenes of Game Development! We Take a Look at Osaka Cygames, Developers of Granblue Fantasy: Relink!

Granblue Fes 2019, the large-scale event for Granblue Fantasy (Granblue) was held from December 13 to 15. Fans in attendance were excited to hear more information about the PlayStation®4 action RPG game Granblue Fantasy: Relink announced at the event!

For the second half of Cygames Magazine’s article on Osaka Cygames, the development hub for Granblue Fantasy: Relink, we went behind the scenes at their office! We’ll be giving you an inside look at how development is going.

Osaka Cygames was founded in 2015 as a part of Cygames’s increased efforts in the field of console game development.

Its goal was to take the 2D-animated characters and backgrounds that Japan prides itself on, and to bring them to AAA games. The Osaka Cygames team is now hard at work developing Granblue Fantasy: Relink, which uses anime and cartoon-style non-photorealistic 3D graphics to deliver a game that players will appreciate the world over.

If you’re interested to learn more about the founding of the Osaka office, you can read the previous article, “Interview with Senior Engineers: Stories behind the Founding of Osaka Cygames and its Goals”

We go behind the scenes with a team of hard-working veteran and rookie console game developers!

The Osaka Cygames office is located in the Grand Front Osaka building. Here’s the entrance!

Its design is heavy on the Cygames corporate brand color, black. The Cygames logo even glows!

At last, it’s time to open the door and enter…

About 120 employees, mainly made up of people with console game development experience, make up the team.

Development staff who create various scenes are gathered in this work area. In general, the layout and equipment found at the Osaka office is the same as at the Tokyo headquarters.

Taking a look at the screens of the staff members as they develop the game, it seems they’re working on backgrounds for battle stages.

We were also present when a group people gathered to fine-tune Granblue Fantasy: Relink’s multiplayer gameplay. This they do while actually playing the game.

The multiplayer mode is developed under the assumption that a maximum of four players will gather to play at once, so working as a group to complete high-difficulty quests is part of what makes the game fun. It seems that multiple players can pick the same character at the same time when playing the game. It’s great to know that you can play with your friends or family and all pick your favorite characters without having to fight over who gets to play who!

Here we see a team member adjusting the 3D look of one of the characters. We can’t wait to find out what kind of moves these characters will have!

After taking a look through the office, we spoke to Tsutomu Kokufu, head of the Osaka design department, as well as console game sub-manager Kazunori Tamaki about the development of Granblue Fantasy: Relink and Osaka Cygames’s future aspirations!

How do you make a game that feels like Granblue? Aiming to achieve the ideal 3D look. 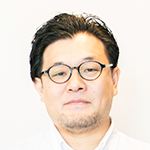 Tsutomu switched to working in the CG industry after working as a modeler, and oversaw both full CG and composited live-action video at a production company. After being involved in video production and AAA game development at a major console game company, he joined Cygames, Inc. in 2016.

He now handles the graphics for AAA games and video content among other things while also leading the artist team at Osaka Cygames. 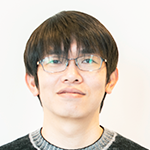 After being involved in the development of console games, game engines, online games, and more, Kazunori joined Cygames, Inc. in 2016.

He handled the development of networks and servers for real-time online games, and he now works to support and promote a smooth development process at Osaka Cygames.

How are you moving forward with the development of Granblue Fantasy: Relink?

Kokufu: While character supervision is performed by the Granblue development team in Tokyo, much of Granblue Fantasy: Relink is developed in Osaka.

Tamaki: As far as the Tokyo and Osaka offices working together goes, not only do we hold video conferences between the two offices, many team members frequently travel from Tokyo to Osaka on business trips. I think we’re swiftly moving along the development process.

I understand that you’re trying to make a game that feels intuitively like Granblue while also updating it as a AAA title for the PlayStation®4. What are you paying close attention to in order to achieve that?

Kokufu: Our goal is to take the atmosphere of the artwork and characters from Granblue, which is a browser game, and reproduce that immersive world using the kind of 3D graphics you’d expect from a AAA game.

In fact, by the time we showed off a playable demo during the Granblue Fes in 2018, the shaders and overall look of the characters had already been more or less set in stone, and we were moving forward with development from there.

But after that, a member of the character supervision staff told us, “If I’m being honest, I had higher hopes in terms of the look of the characters. I guess it’s just something you can’t reproduce in 3D.”

Tamaki: We then asked members of the illustration team to draw us the kind of look they really wanted us to reproduce. We got images back from them a few days later, and every member of the team who saw them said, “This is good!” That’s how impressive they were.

The moment I saw those images, I realized that our efforts would be in vain unless we worked to approach this ideal look. I say that not only as a member of Cygames, whose vision it is to create the best content possible, but also as someone at Osaka Cygames, a team responsible for developing console games.

Kokufu: When the staff saw this ideal 3D look, a fire was lit in their hearts as developers.

I think that fans also felt the improved quality of the graphics in the version shown off at Granblue Fes 2019. The development team is working hard on further improving the quality of the game.

Building teams to achieve a higher quality that fans of Granblue will love.

What kinds of people work at Osaka Cygames?

Tamaki: There are of course directors and project managers who oversee the project as a whole. We also have a wide variety of specialists, including planners, engineers, 3DCG artists, 2D artists, and sound designers. We also have back office staff who strive to put together a working environment for the production and development staff.

What kinds of work experience does the Osaka team have? You seem to often hire people with experience outside of the company, but do you also have younger team members?

The average employee age here is 32.9 years old, with a wide range of ages from young employees in their early 20s to experienced people in their 40s.

Tamaki: At Cygames, we believe that an organization with no young members has no future. I believe we won’t be able to meet the goals we have for this project unless we give young and mid-career developers in their 20s and 30s opportunities to contribute and raise their skills in development.

That’s why we create teams centered on young and mid-career leaders, while asking experienced people to work in support roles whenever possible. We believe this will strengthen our company in the long term, and that’s why we’ve put ourselves in a position to mitigate any mistakes that happen along the way. In other words, by having veterans back up teams in emergency situations, young leaders are able to take on new challenges without being afraid of making mistakes.

Kokufu: That said, veteran staff members do start getting the itch to step up when development gets to the really good parts, of course.

Tamaki: I agree with you there. Veterans will march up to the frontlines of development when teams are in truly dire situations, or when more assistance is needed to improve quality. If it’s something that young team members can overcome on their own, though, we’ll ask veterans to hold off for just a little longer.

We’re always paying close attention to how much we can hand off to our young team members because we want them to handle as much as they can.

What’s the mood like at Osaka Cygames in general?

Kokufu: Though our employees are a collection of people who have worked at many different companies with very different approaches, we work to make sure everyone understands how Cygames creates games while trying to strike a balance that lets everyone’s strengths shine.

Tamaki: Even the veterans we hire mid-career understand the Cygames approach, so I think we’re all moving toward the same goals. At Cygames, we have an employee code of conduct known as “The Project.” No matter the length of an employee’s history at the company, they can refer to it if they’re ever unsure of what to do.

Kokufu: For example, we say that “Honest opinions make better content.” Many of our employees work with this notion in mind first and foremost.

Tamaki: The idea of speaking face-to-face and not just through messaging apps or internal communication programs has also spread through the company. As our organization is growing, we’ve established this code of conduct so that the entire staff is able to understand what everyone else is thinking.

As Osaka Cygames has grown in scale, so have its offices. You’re now split into three locations. Does this ever make work more difficult for you?

Kokufu: To be honest, I wanted to have everyone in one location. Because of our sudden growth in scale, though, we ended up having three locations. We’re working on how to solve the problem of our Osaka hub and moving to bring everyone from three locations into one as early as 2020.

Tamaki: At Cygames, if someone speaks up to say that communication is difficult, that is taken as a team challenge that we quickly move to improve. Because we can provide that kind of environment, staff members feel motivated to work hard and improve the quality of our works.

Finally, please tell us what you’re passionate about when it comes to the development of Granblue Fantasy: Relink!

Kokufu: First off, I want to make a game that Granblue players are happy with. I also want to do more than turn the title’s 2D look into a 3D look. Instead, I want to create something that’s special in a way that only 3D can make happen. I know all the fans are waiting for the game to come out, so we’re hard at work trying to create something that’ll be worth the wait.

Tamaki: I want to provide the best possible environment for us to come together as a team, so that we can give players the highest-quality Granblue Fantasy: Relink possible.

From there, my goal in the future is for us to become one of the world’s top game studios.

This has been our behind-the-scenes report from Osaka Cygames, which is now hard at work developing Granblue Fantasy: Relink.

What tales of the sky will you get to weave with your Granblue friends in this AAA game? Stay tuned to find out!