This two-part special will introduce you to the company! In the first part, we talked to two key players behind the founding of Osaka Cygames. They told us about the events that led to the opening of the Osaka office, the growth of the company, and their goals for the future.

This interview is a re-edited version of an interview posted on the Cygames corporate site. 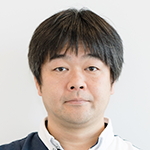 Junichi joined Cygames in 2015. He’s involved in research and development for PC and AAA console platforms. He’s also responsible for developing game engines, with a specialization in graphics, as well as providing technical solutions and improving workflows. Junichi is currently involved with multiple titles at Osaka Cygames, where he works to improve on the quality of games. 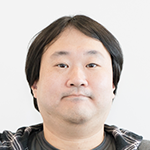 Akira joined Cygames in 2015. Over the course of his work in the game industry, he has been a lead engineer for games on PC and AAA console platforms, a graphics engineer, and a game engine developer. Currently, Akira is involved with multiple titles at Osaka Cygames, where he works to create the best games possible.

The appeal of Osaka Cygames: “Valuing the accumulation of small interactions.”

Please start by telling us what you do.

Iwasaki: My name is Junichi Iwasaki, and I’m a senior game engineer at Osaka Cygames.

I coordinate the engineering division together with Akira, and I’m involved in putting together strong systems that will allow us to create platforms and game engines for console development.

Since joining the company, I’ve been involved in improving workflows, platform research, and the development of our in-house game engine known as the Cyllista Game Engine.

While the Cyllista Game Engine’s development is primarily being carried out by the main office in Tokyo now, the idea for it was originally proposed by Junichi.

Iwasaki: I’d like to note that I also named it!

When I thought about Cygames’s vision of “creating the best possible content,” I thought that our vision would be more easily realized if we used our own in-house game engine. We of course use existing game engines, but I thought that relying on them alone would mean that when we eventually reached a point where we wanted to achieve more, having an in-house engine would come in handy. I think we need to have many options when developing console games.

In order to make a game engine in-house, hiring individuals with a high level of technical skill is now one of our priorities. For that reason, we’re putting efforts into technology-related publicity efforts, such as appearances at conferences and writing articles on the Cygames Engineers’ Blog (site available in Japanese only).

What do you see as the appeal of Osaka Cygames?

Horibata: Though it’s small in scale compared to the Cygames main office, this very fact allows us to communicate closely with one another.

This doesn’t just apply to our interactions during work, either. Osaka Cygames holds a friendly get-together once every quarter, where the entire company can gather to talk about all kinds of topics. While we of course talk about serious matters, we also have plenty of opportunities to chat about whatever we want.

I think it’s the accumulation of these interactions that leads to us being able to create good games.

Iwasaki: Akira in particular is the life of the party!

One draw of Osaka Cygames is the way his fun and bright personality touches everyone in the company, along with all the people working here who refuse to take a negative attitude.

Horibata: It’s a little embarrassing to be told that to my face, you know…! Part of my role here might be to get teased all the time. Maybe it’s an Osaka thing?

Iwasaki: Also, managers will make it a point to talk to all the people working here every month. That level of openness is another one of Osaka Cygames’s charms. By discovering issues and listening to employees’ thoughts through this process, we’ve made Osaka Cygames an open organization, in the positive sense of the term. It may be necessary to add more managers and specialize their roles further in the future, but I’d like the company to maintain this tradition even if it gets bigger.

Decided after just one day?! How Osaka Cygames was founded.

Tell us about how Osaka Cygames was founded.

Horibata: I’d actually worked together with the President, Mr. (Koichi) Watanabe prior to joining Cygames.

It was just as I was thinking about the next step I wanted to take as an engineer. I did have an interest in programs for use with smartphones, and when I talked to Mr. Watanabe about this, he came right down to Osaka to meet me.

I personally couldn’t fathom leaving Osaka, and when I told him this in no uncertain terms he said, “If you want to stay in Osaka that much, then I’ll make a hub in Osaka.”

Iwasaki: If I was in your position, I think my reaction would be to ask, “You’re joking, right?”

Horibata: Exactly! I thought it was a joke at first, but as he kept talking, I realized he was seriously considering creating a Cygames office in Osaka. He was sincere when he said he’d do it. I was so overwhelmed by his zeal that I thanked him and agreed on the spot.

I can’t believe Osaka Cygames had a backstory like that! What was the decisive factor in your decision to join?

Iwasaki: I’m also a founding member of Osaka Cygames and entered at the same time as Akira. This was also just as Cygames announced their entry into console game development, so I already had an interest in the company. Even then, I could sense just how passionate they were about making the highest-quality games possible, even for consoles.

But while I did feel this way, the biggest factor of all was the company’s sense of speed. As I mentioned earlier, I was honestly shocked to learn that the decision to create Osaka Cygames was made in a day.

Horibata: And while the company is of course quick to make decisions, I was also amazed by the speed at which they follow up on those decisions. I mean, we already had an office just a month after I decided to join Cygames. Not only were PCs provided for us, but there was even a full array of other equipment I had wanted. On the one hand I was shocked, but on the other hand, it made me feel like I really had to do this now.

Iwasaki: That’s why we work every day with a sense of responsibility and satisfaction as we continue to grow Osaka Cygames.

Could you tell us of any other times when you felt this kind of Cygames speed?

Horibata: There’s a lot of them, but… One time at a meeting, Mr. Watanabe asked me, “Is there anything you want to do?” That’s when I suggested creating the Engineers’ Blog that I mentioned earlier, as a place to promote our engineers’ skills. He decided we’d do it on the spot!

Even when I worked with Mr. Watanabe prior to joining the company, my impression of him was that he was just so quick to make decisions. He’s the type who acts as soon as he decides to do something. In that sense, he hasn’t changed.

I think that the higher up in an organization you are, the more important it is to be able to make quick and accurate decisions. I’m grateful that he’s able to listen to what on-the-ground employees want to do and give them a definite yes or no answer.

The talent that Osaka Cygames wants: Creating an environment where newcomers and veterans come together.

What kinds of people do you want to work with?

Horibata: People with excellent technical skills are of course important, but even more than that, I want to work with people who are able to thoroughly pursue ways to make games fun.

While it’s fine to put your head down and focus on your tasks, I do also think that it’s important to share and propose what you can do to make whatever you’re working on more fun, and never give up on aiming for that.

Iwasaki: I feel the same way. Cygames is looking for people who are uncompromising to the end.

Horibata: While strong personal feelings are of course an important part of that, so is teamwork.

Everyone needs to give everything they have in order to create the best possible end product. That’s why I’d prefer to work with people who respect teamwork. It’s about more than just getting your way and saying, “I worked hard!” I’d like people who can properly share what they’re going after, and those who can help others out.

Iwasaki: Take how important teamwork is when debugging. Sometimes you’re able to solve a problem in no time at all just by looking at it from another point of view. You wouldn’t believe how excited we get when we’re able to fix a bug that was bothering everyone. We practically start acting like children.

What challenges do you want to take on in the future?

Iwasaki: I’ve been working until now with a single goal in mind: “I just want to make games!” But my thoughts have changed a bit lately, and I’d like to continue my current efforts into improving workflows.

As you’re developing a game, you often run into various walls. Things you’d like to implement but don’t know how to, or maybe they’d take too much time, or even problems that stand in the way between you and being able to better focus on development. I’ve started to think that I want to be someone who takes in technologies such as the development of our internal game engine and straightens out our development structures in order to solve these kinds of problems.

Ideally, I’d be someone located one step back from the front lines of game development, backing up young, talented creators from there. I think there are a lot of young individuals with tons of great ideas. I want to think about how to make those ideas into reality as I provide technical support, including improving workflows, and create solid foundations.

Horibata: I’m pretty much the same as Junichi. I don’t know if I’d call it “taking something on,” because what I want is to keep giving opportunities to young individuals. You might have one team member with outstanding skills, but work is going to come to a halt if they’re not around. That’s why I’ve started to think about training young employees, to hopefully improve their skills and keep this from happening. That’s an important consideration when working as part of a team.

But relying too much on those veterans won’t allow us to keep on creating fun games in the future. I count us as among those veterans. It’s not as though we can keep going forever, and I think it’s our duty to clear the way for the next generation. That’s why I’d like to do even more to create an environment where young people can thrive.

Iwasaki: And in fact, Osaka Cygames is working to create systems that allow young people to stand at the forefront.

Horibata: Yes, I agree. I hope to be able to meet young new members at Cygames Osaka!

Thank you very much!

In a follow-up article, we’ll not only show our readers around the Osaka Cygames office, but we’ll interview the design and engineering managers who are leading the development of Granblue Fantasy: Relink. We’ll see you next time!