A Behind-The-Scenes Look at Cygames Pictures’s Making of the Princess Connect! Re: Dive Anime! (Part 2)

We went behind the scenes at Cygames Pictures, Inc. (CyPics) to learn more about the anime titles they’re working on. In Part 1, we introduced readers to the CyPics office and interviewed Mr. Shun Kashima, the company’s managing director and the producer of the TV anime adaptation of Princess Connect! Re: Dive (Princess Connect R).

In this second and final part, we interview the title’s supervising animation director and CG director! We hope to learn all about their creative mindset and focus as they create the Princess Connect R anime.

Enjoyment you can only get from watching a TV anime, whether you watch only one episode or the entire series. 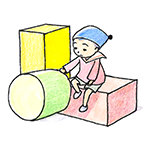 A member of the Cygames Pictures team, Yuji is responsible for animating Princess Connect! Re: Dive’s in-game anime scenes. He also worked on the production of the Mysteria Friends anime. He is a veteran animator who has worked on many famous Japanese productions.

Tell us a bit about your work!

Shigekuni: As supervising animation director, my primary job is to take on board the series and episode directors’ vision, think up good-looking poses, and propose ideas to spice up the animation through slight exaggerations in how characters emote.

Lately, a lot of importance has been placed on maintaining the overall quality of an entire anime series, so it’s not uncommon for one show to have multiple animation directors. Someone in the role of supervising animation director will often be in charge of making sure inconsistencies don’t creep in, in terms of the art or directorial style, so that the overall feel of the series is maintained.

It’s true that in the past, it wasn’t uncommon for a batch of episodes within a series to be drawn in a specific animation director’s art style.

Individual episodes of old TV anime would feature multiple different art styles, which was actually interesting in its own way. Lately, titles are sold as packaged products, resulting in uniform quality over a series becoming the mainstream approach.

What is the work process like when creating the Princess Connect R TV anime?

What kind of work do you want the Princess Connect R TV anime to be?

Shigekuni: While I of course know we can’t let fans of the game down, I also want to exceed their expectations. I expect that fans of the original game will watch the series, so I want to make sure that they find it enjoyable and not out of place in any way. I want to retain the atmosphere of the game while also creating a TV anime that viewers can enjoy on its own merits.

So you’re saying you want to give viewers the kind of enjoyment one expects out of an episodic anime series.

Shigekuni: That’s right. This will be a one-season anime of twelve to thirteen roughly half-hour weekly episodes, so we’re structuring it in a way that will let viewers enjoy the whole series. We’d like to make a show that’s interesting when watched as single episodes, but that’s even more interesting if you see the whole series.

Also, as Princess Connect R has a lot of female characters, I’d like to try to add elements that will allow fans of each character to enjoy the series. It makes fans happy to see their favorite characters in action, after all.

What element of the animation should fans pay close attention to in order to deepen their enjoyment of the series?

Shigekuni: While it’s a given that we’ll always be maintaining a certain standard of quality, I think we’ll see characters looking even more lively as the series goes on. People are drawing these pictures, after all, so as the episodes go by, the team will get more used to drawing the characters as well, making it easier for them to add more to the expressions of each character. Think of it as the animators grasping the personality of the characters, and as they become attached to them, growing along with their characters. I think fans will enjoy the series even more if they keep this in mind as they watch the series.

So you can see it on the screen when the animation staff better understands the characters! It’s interesting to learn about something that adds such a human touch.

We were fortunate enough to hear about what parts of the animation we should focus on from supervising animation director Mr. Shigekuni.

Meanwhile, in addition to traditional animation, 3DCG has become an essential element adding to an anime’s appeal. To get more on that, we sat down with the CG Director, Mr. Yoshinori Nakano!

Emphasizing the value of traditional animation while pursuing a style only possible with CG. 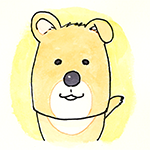 A member of the Cygames Pictures team,Yoshinori has been managing the Princess Connect R TV anime’s CG team since production started in January 2019. The CG team is in charge of designing the structures and items that appear in the anime.

Is there a difference between the in-game and TV animations?

Nakano: CyPics is involved in creating both the in-game Princess Connect R anime and its TV anime version, but different directors oversee each part.

What examples can you share with us of the TV anime directors being particular about something?

Nakano: Obviously, every director wants to make something that looks good. In general, the Princess Connect R TV anime depicts characters and backgrounds using cel-style 2D animation, while certain items, buildings, special effects, etc. are made with CD3G. However, I often am told when it comes to CG, “I want you to make something that can only be created with 3DCG.”

Is there anything specific you focus on when creating CG?

Nakano: CG is incorporated into the anime as one part of the whole. Our challenge is to utilize what makes CG great while also balancing it with traditional animation. When 3DCG is used in anime, techniques called “toon rendering” and “cel shading” are used to make them blend into the rest of the frame. However, making 3DCG look too much like cel animation will cause information to be lost.

That’s why there’s the option to actually emphasize the CG look, making it “pop out,” while also giving it more of a cel animation look in scenes when the characters need to stand out.

So is the idea to merge a very CG-look with traditional cel-based animation?

Nakano: That’s right. Our core philosophy at CyPics is to preserve Japan’s traditional animation culture for future generations, so we at the CG team are always thinking about how to use CG in order to do just that. I’d like to make use of the CG team’s abilities whenever a decision is made that the overall quality of a work will improve by using CG instead of 2D animation.

What are CyPics’s strengths when creating works in this manner?

Nakano: We believe that it’s important for teams to work together if you want to improve quality. As we’re a studio that creates all parts of an anime, we have the advantage of being able to work in physical proximity with one another and also maintain a single creative direction, whether you’re in production, animation, CG, backgrounds, or compositing.

Though a division of labor does exist, there’s never a time that we don’t know what people on other teams are doing, or who they are. If there’s a need, we go beyond our own teams to work directly with others. One advantage we have is the fact that everyone in a position of responsibility is able to work while keeping the final quality of the series in mind.

Also, it’s easy for us to keep in mind the director’s vision, but at the same time have the on-the-ground CG production staff propose what kinds of looks would be best, perhaps based on popular trends in expressive styles, for example. I also think that our strength is that we create works as a team.

What kind of work do you personally want the Princess Connect R TV anime to be?

Nakano: I personally want to make it a series that viewers can enjoy in a different way from the original game. It goes without saying that we want to make the players of the game happy, but I also want this to be a potential entryway into this world that people who have never played the game can enjoy as well.

There is a lot of respect for players of the game in how the story is written, so I think those fans can enjoy watching it while saying, “Oh, this is based on that one scene!” and “Wow, they’ve recreated that great scene from the game.”

So if you’re a fan with friends who haven’t played the game but watch anime, you’ll be able to enjoy the show together! We’re looking forward to the series hitting the air!

This has been our two-part behind-the-scenes report on CyPics’s ongoing production of the Princess Connect R anime!

CyPics’s staff is working hard to breathe life into Pecorine, Kokkoro, Karyl, and the other characters. We can hardly wait to see them in action on our screens!