The original TV anime Zombie Land Saga was created by Cygames in joint collaboration with MAPPA Co., Ltd. and Avex Pictures Inc., and was broadcast in Japan between October and December 2018. Set in Saga Prefecture, the story revolves around a group of girls resurrected as zombies by music producer Kotaro Tatsumi to form the idol group Franchouchou. It was well-received for its insanely unique characters, shocking story twists, and striking songs.

For this interview, we chatted with the producer of Zombie Land Saga, Cygames’s own Nobuhiro Takenaka from our anime division!

We dug up some secrets behind Zombie Land Saga, from planning to broadcast, and also asked about the recently announced second season. 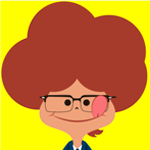 Cygames Anime Division. Takenaka has worked on such anime series as Rage of Bahamut: Genesis and Manaria Friends. He was involved in Zombie Land Saga as the producer for Cygames.

Zombies, Idols, and Saga Prefecture: The secrets behind this shockingly innovative combination.

The sheer uniqueness of Zombie Land Saga really caused a big stir immediately after the broadcast, didn’t it? To start with, people probably thought it was a zombie anime. But it was actually an idol anime!

Takenaka: That’s right. Officially, it’s placed in the “zombie idol” genre, but our doorway into planning the series was the idol idea.

Did you start out wanting to create an idol series because you love that genre?

Takenaka: No, actually, it was the complete opposite. There’s a vast volume of idol content in the world, but I had no interest in such content myself. Coming from that background, I considered what kind of idol project I would create if I was given the chance. What I came up with was to combine zombies with idols.

Where did the zombie part of the equation come from?

Takenaka: I was inspired by my attachment to the zombie girl Rita who appeared in the first Cygames TV anime, Rage of Bahamut: Genesis. If we turned zombie girls into idols, I thought we could create an idol series unlike anything that had come before.

I’m surprised that Rita was the trigger for all this! Another large element of the anime is the setting for the story, Saga. Where did that come from?

Takenaka: The reason Saga Prefecture was picked was that’s where Cygames President Koichi Watanabe is originally from. As we were working out the details for Zombie Land Saga, Watanabe made a separate request to create an anime set in Saga Prefecture. I thought that fusing the ideas might make for an interesting combination.

I see. So that’s how the combination of zombies, idols, and Saga came about! Still, this combination was quite audacious. Was it difficult to bring the whole thing together?

Takenaka: From the very beginning, I had this confidence inside me that this was definitely going to be a fun anime. However, at the planning stage, I have to admit that the reception from the people around me wasn’t quite so hot.

The only one who said it sounded interesting was Manabu Otsuka, the president of one of the companies we worked on Zombie Land Saga with: MAPPA. So I worked with Otsuka to flesh out the characters and story, and then created some test footage for an internal presentation. It was only then that other people started saying it might be interesting.

So that’s how it came about! It sounds like Otsuka’s support made a big impact.

Takenaka: That’s right. I think this shares something in common with Sakura, the heroine of the series—everything comes down to “luck” and “timing.”

If Otsuka hadn’t said it sounded interesting then we could have been stuck at the planning stage even now, and if any of the performers had turned down their roles then we wouldn’t have succeeded in creating these characters. The production team poured their all into this project, but it also took a dash of really good luck in order to reach the point we’re at now. That includes everyone who watched the series discovering it.

Once the project was established and you started to get into the details of it, was there anything you maintained an awareness of?

Takenaka: The thing I was most aware of was a “reality line.” Because the content is so crazy, I wanted to be sure to create some solid drama. So I carefully pieced together the personalities of each character, avoiding shallow laughs and seeking to really impart specific themes.

Personally speaking, it was episodes like Lily’s story in episode 8 that I wanted to create from the start of the project. Unexpected reunions with relatives, things like that.

That Lily episode was really moving. How did you go about creating each character?

Takenaka: For the Franchouchou characters, we started by deciding the overall concept. Mainly, them being legendary figures from different time periods who became zombies. Then we worked on their personalities and visuals.

At the same time, it was easy to get an idea of the stories surrounding each character, such as the differences in opinions between idols from the Showa and Heisei periods, and the relationships between the zombie Franchouchou members with the people they left behind.

For the producer character, Kotaro Tatsumi, we actually did research with real idol groups and created the character from that.

Even among the crazy characters in this series I think Kotaro stands out as being particularly crazy. Don’t tell me he was based on a real person?

Takenaka: There’s no clear, single model. As we performed our research, however, I was definitely inspired by the fact that the more appealing an idol’s ideas or stories were, the more offbeat their producer seemed to be.

While some of these producers did and said some crazy things, I also keenly felt their desire to make their idols truly shine and become commercial successes. What most impressed me about them was how hard they worked for their idols.

Rather than a bland, middle-of-the-road producer, I wanted to create an offbeat character who says crazy stuff but does everything for the sake of his idols. That’s where the character of Kotaro came from.

An unlikely matching between the story and Saga Prefecture? Synching Saga with Franchouchou, and becoming an anime loved by prefecture residents.

Changing the subject, how did you work the setting of Saga Prefecture into the story?

Takenaka: To start with, I had to give some serious thought about how to combine idol content with Saga Prefecture. So I took a trip to Saga. Once there, I felt that the story I was planning was a better match than expected for the prefecture.

Can you share some details on what you mean by that?

Takenaka: The elements that blended best were the situation in which both Saga and Franchouchou find themselves, and their stance on how to cope with it. Saga is struggling with a declining population, so they’re trying all sorts of projects to revitalize it. Meanwhile, the idols are struggling to come back from death itself.

I thought it would be fun to have Franchouchou appear in local adverts in Saga Prefecture, and I also found the perfect building to act as the model for the manor in which Franchouchou live. Finding that was a big step forward.

As a viewer myself, I have to say that the way you worked the scenery of Saga, events from the region, and other unique aspects of the prefecture into the story was very well done.

Takenaka: Thank you! (laughs) We managed to represent Saga so well because the prefecture cooperated so wholeheartedly with the project. They were very proactive about everything we asked of them, and in fact they also provided numerous ideas of their own.

I’m actually very relieved that it’s been popular in Saga Prefecture. It would have been sad if the place we set it in didn’t like the series. I really hope Zombie Land Saga can help bring even more energy to Saga.

The announcement of season two, “Zombie Land Saga Revenge”! Where will the story go next?

So, teaser visuals for season two were recently released. There’s the enticing tag line “a sequel called revenge,” and then for some reason a half-naked Kotaro looking up at the sky with destroyed buildings behind him. It certainly made an impact! The kick-off movie featuring Hakuryu that was released at the same time also caused quite the buzz.

Takenaka: Thank you again! (laughs) We keep causing trouble for people from Saga. I really am so sorry about that!

This seems awkward to me…I wondered where Franchouchou were! (in response to them not showing up at all in the teaser image or video) The theme this time is “revenge.” Can you share some hints about what we have to look forward to?

Takenaka: I can’t share specifics, but I hope you’ll think about what they could want to take revenge against while waiting for season two!

I’ll do that! (laughs) Finally, how about a message for everyone looking forward to season two.

Takenaka: I’m happy to announce that we’ve decided to release a new CD, “Zombie Land Saga Franchouchou The Best” on November 27, which includes two new tracks. Franchouchou will keep on doing what they do best, so I hope you’ll continue to support them.

We’re also hard at work on season two. The truth is, we’re hoping to subvert your expectations in the best possible way, while still keeping fans of Franchouchou satisfied. But please don’t let your expectations run too wild yet. I don’t think you’ll be able to guess what we’re up to.

Thank you so much!