Full speed ahead! Catching up with the production team about Cygames’s first AAA title, Project Awakening!

Project Awakening is a completely original title currently under development by Cygames for the PlayStation®4.

After the announcement of the title at Cygames NEXT, an event held in August 2016 to announce our new titles, work has proceeded apace with director Junji Tago and art director Ryosuke Aiba at the helm. The latest teaser footage was subsequently released as part of the PlayStation® LineUp Tour, a Sony Interactive Entertainment event held in September 2018. It caused quite a splash both in Japan and around the world.

The beautiful visuals, which take full advantage of the cutting-edge facilities provided by our own 3D scanning studio and motion capture studio, also won the award for best video game graphics at the VFX-JAPAN Awards.

This time, we had a chat with the two leaders of the production team. 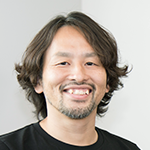 After working as a technical director for game and game engine development at a major game developer, Tago joined Cygames in 2016. Cyllista Game Engine General Manager at Cygames’s technological HQ, he has also been involved with Project Awakening as director. 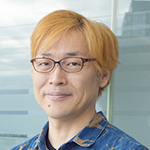 Aiba has worked in game development as both a 2D and 3D artist. After serving as art director for projects such as the Final Fantasy series, he became one of the founding members of CyDesignation, Inc. in 2012. He has been involved in Project Awakening as art director since its inception.

Underlying concept and formulation of the game world:
Aiming for true AAA quality.

What kind of concept lies behind the development of Project Awakening?

Tago: As director of the project, I’ve been leading development overall, and ever since the team was put together, our goal has been to create a AAA title. With Project Awakening, we’re pushing to create a traditional, large-scale fantasy RPG. We’re not looking to depart too much from the genre’s established formulas.

Aiba: I’m the art director, and I’m mainly involved with managing the visual side of things. We’re striving to develop a look and a visual experience truly worthy of AAA status.

As this marks a new undertaking for our company, there’s a fair amount of trial and error involved. But when we first put the team together, I remember Tago saying, “Even if we’re only taking small steps, if they’re in the right direction then we will reach our destination. I’m sure at the end of our journey we’ll have made something incredible.” I feel like that sentiment forms the foundation of this project. Even in terms of the art, the team’s worked really hard. We’re constantly discussing amongst ourselves what direction to go in, and I think it’s all starting to come together.

Tago: To be quite honest, at the beginning, we didn’t have a concrete idea of what we wanted to create. The project got underway around the start of 2016, but while we gathered the team members with the intent of developing a high-end game, we still hadn’t decided specifically on what we would actually make.

Aiba: That’s the reason why the teaser footage we showed during Cygames NEXT, with the girl falling from the sky, is so stylistically different from the more recent footage of the male warrior fighting the dragon. Tago became director after we revealed that first teaser. As the production began to find its footing, we gradually moved toward the current direction for the game.

How did the world concept of Project Awakening come about?

Aiba: As a creator, I’m normally driven by a desire to craft something unique, something no one else could have thought of. This time, though, I don’t want to give a feeling of it being too “different.” Rather, I’m aiming for something that players can feel familiar with, even if they’re seeing it for the first time.

Tago: I think this has worked out really well. Even though it’s something you’ve never seen before, you feel like you know it.

Mr. Tago, you’re also responsible for the development of the Cyllista Game Engine, Cygames’s own internal game engine. Why develop your own engine?

Tago: One reason is to make development more efficient. We’ve designed the engine to provide a stress-free working environment for the entire development team, from engineers to artists and level designers. For this purpose, we’ve worked to increase the boot-up and data-loading speed of the engine’s development environment.

Aiba: This doesn’t just make things easier for creators, it actually makes things more efficient, reducing their inherent workload. Game development is a cycle of creating and fine-tuning, and the more iterations of this cycle are performed, the higher the quality.

Tago: A second reason was that we needed something that meets the demands of Project Awakening. We expect Project Awakening to be a title of such vast scale that it goes beyond the capabilities of existing game engines. From the very start, I’ve wanted to avoid compromising on game quality on account of the game engine, and knew that we would need to develop our own game engine in order to achieve our desired level of quality.

That said, as the development of the engine is a time-consuming process, we have also been using an existing engine for game testing purposes while that takes place. We’re ultimately intending to migrate to the Cyllista Game Engine, which will offer higher overall quality, and work from there.

A AAA title suggests that you are making full use of the latest cutting-edge technology. Is that the case here?

Tago: Actually, we aren’t pursuing technology quite so ardently for this one. However, I do keep an eye on technology trends, and bring in anything that we do need. For example, we’ve implemented modern technology like physically based rendering, GPU-driven rendering, real-time global illumination, and volumetric lightning.

But it’s not our primary goal to make use of new technology. We first ask ourselves what we can do to make this game more interesting—if the latest technology is necessary to achieve that, then we bring it on board, but if pre-existing technology is sufficient, then we go with that.

Aiba: The same goes for the art. We’ve incorporated the main techniques used in recent years, some of which include photogrammetry, motion capture, procedural modeling, and sculpt modeling.

For example, the background graphics for Project Awakening are created by combining two techniques: photogrammetry and procedural modeling. Photogrammetry is a method that involves the generation of 3D data from photos of actual people and objects, while procedural modeling uses formulas and numerical values to create something from nothing. Combining the two of these allows for the composition of a game world that is photorealistic, and yet has an otherworldly grandeur.

None of these techniques were adopted simply because we wished to use them, however. We start with an idea in mind, and then select the most effective method to realize it. It’s also important that we completely understand and can effectively make use of these techniques, and so that’s also a factor when choosing our approach.

Tago: Whether we used the latest technology or not isn’t important to the player. What matters is the feeling of never having played a game like this before. We’re developers, but we’re also gamers. Ultimately, we’re creating the kind of game that we would want to play. So in regard not just to technology, but to the entire project, we approach things with the mindset of making a game we’d want to play ourselves.

Aiba: Of course, this isn’t the only approach. Another strategy might be to increase motivation by instead bringing in all the latest technology, and then using it to create a fun game. There are actually a lot of famous Western titles that do this, that work to promote new technology.

Tago: That’s right. As we move forward, the higher we set the bar for the kind of game we want to create, the more cutting-edge technology we find ourselves needing. Because, ultimately, we’re just working to create content, and it’s not that we’re against the pursuit of technology. We welcome team members who are more technically-inclined.

Having what it takes to make a AAA title & turning passion into a reality: Bringing together the ultimate team for Project Awakening

The teaser footage from last year was well received by viewers and quickly passed one million views. Although you were still very much in the middle of development, you must have felt a strong sense of achievement from that.

Tago: I have confidence that we made something good, but at the same time I think we still have a long way to go. This is just my own personality, but prior to any kind of reveal I never really have a sense of trepidation, wondering if the content will be accepted or not. That’s not really me. Even if there were lots of things we couldn’t achieve, I know that we’ve done all we can, so I’m ready to accept any criticism of what we send out into the world. I will then incorporate into my future endeavours any feedback we may receive.

Aiba: I’m the complete opposite. I’m really concerned by how things are received, so I spent ages browsing social media for reactions (laughs). But I was relieved to see so many positive comments.

Looking back on development so far, is there anything you found particularly difficult?

Tago: Pretty much all of it (laughs). But even more than that, it was fun. We have an excellent development environment, and can really concentrate on making the game as good as possible.

Aiba: Cygames is a company that always supports taking on challenges.
Whenever we want to bring in something new—be it machinery or software—so long as we can provide a clear explanation as to why, we are generally given the green light. I’ve never had a smoother experience with a development team of this size.

Finally, could you tell us what you’re focusing on in order to make Project Awakening the highest possible quality?

Aiba: I feel the same. This may sound idealistic, but I think it’s vital to hold onto that “Let’s do this!” feeling. I want to work with everyone to turn that passion into a reality.