Make Re: Dive Even More Dazzling! The Filming Staff on the Impact of Image Processing

Animated cut scenes appear throughout Princess Connect! Re: Dive (hereinafter referred to as “Re: Dive”), such as plot points in the story and Union Bursts (UB) during battle. The key to making these cut scenes even more extravagant lies in the “image processing.” We sat down with two members of the filming team to see the before and after shots with our own eyes. 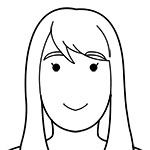 Experienced in development, photography, and 3D graphics. She joined Cygames in 2018 and currently supervises the illustrations and animated sequences within Princess Connect! Re: Dive. 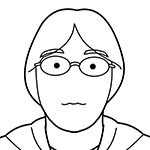 What role does “filming” play in producing animation in the first place?

Aki It’s the process of combining many elements, like characters and backgrounds, into one final product for the audience. We use the term “filming,” but the work is done digitally on a computer without using a camera.

Back in the analog days, each individual cell was photographed one at a time with a camera. The term has stuck around since then. These are just ballpark figures, but a 30-minute anime will have around 300 cuts and a full-length movie will have over 1,000.

Minami We work together with our partner companies to film the cut scenes within the story as well as the still illustrations, endings to the story events, and the UB within battles for Re: Dive.

Could you tell us more about how the development process for the animated sequences in Re: Dive is organized?

Aki Other units are in charge of direction, design, backgrounds, etc.

What is the creation process like for the animated cut scenes?

Minami Story events, for example, start with scenario illustrators coming together to hash out exactly what happens in the animated part. Once that’s decided, the Storyboard Unit and Filming Unit join them in the final planning stages. After that, it’s up to our partner companies to produce the final product.

Since backgrounds, characters, and effects are all involved, the actual filming process doesn’t take place until late in the production cycle.

When it comes to filming, what takes place up to the release?

Aki The first step is filming a “line shoot” with incomplete cells. We do this to know exactly how long the scene will be once all the cuts are connected.

Both the line shoot and storyboard shoot are called “board shoots,” and become the foundation or “base version” for the animated sequence.

Aki Once the board shoots and base version are finished, next is the “timing shoot.” Color is added, making it look a lot more like the final version. Lastly, we do the “main shoot” and process the images.

Processing Boosts Quality!
Before and After

The impression is very different before and after processing. How would you define the term “image processing”?

Aki Image processing is the addition of elements that enhance unique aspects of a scene. The production staff gives us an idea of what to add, but the director of photography will sometimes ask us to slip in more based on the cuts. We can keep adding and adding as long as we have time, so it’s a never-ending job. (laughs)

Please show us some examples of image processing in illustrations.

Aki The rays of sunlight coming through the window in the illustration below were added during processing.

Minami Darkening the background and adding fractals of light produces a magical, otherworldly effect for the scene.

When is T-light typically used?

Minami It’s particularly effective for sword swings, wind, or metallic highlights. T-light is almost always used to add an element of flair to images. There are many different types, so I’ll keep it simple and say any time the screen flashes or sparkles, chances are that T-light is being used. (laughs)

Minami In the illustration below, T-light has been used on the snow in the background as well as on the water in the foreground.

Even a bit of light or extra detail makes a big difference. What other processes are there?

Aki In some cases, “special effects” are used to bring out the textures in a scene.

Minami Cooking is an important element of Re: Dive, so we pay a great deal of attention to food. As many members of the Filming Unit are illustrators by trade, we occasionally draw in extra details ourselves. Think of special effects as a way to fill in the details digitally. The bread in the illustration below has been enhanced with special effects.

Could you give an example from a story event ending?

Minami The background for “Ulti*mate Start Dash,” the ending for “Ready, Set, Go! The Landosol Guild Race,” was given a washi (Japanese paper) texture. We scanned actual washi and laid it over the animation. It felt like we were really pasting washi onto the screen. It was a New Year’s event, and I think we succeeded in creating an authentic Japanese feel.

The ending for “Tanabata Tales of Chivalry: Starswept Summer Romance,” “Song of the Merry Twilight Voyagers,” looks like an ukiyoe painting. Was this also done with image processing?

Minami That’s right. The person in charge of this ending has experience making woodblock prints, and they captured the color gradients unique to that medium perfectly. I think it makes the sequence feel like each frame was printed using blocks.

What is the most difficult part of image processing?

Aki Mapping, without a doubt. We go through each cut frame by frame for the texturing (*). It’s simple, but very draining work.

Aki A good example of mapping is the book pages below.

Aki Mapping was used for each of the pages flying around during the animated sequence.

Minami I had to make frame-by-frame adjustments because they’re not simple, flat surfaces.

Aki You were in charge of that, weren’t you, Minami? It must’ve been very hard work.

Minami Not really. (laughs) I can’t count how many times people have asked me about that. The movements are quick and the frame count isn’t too high, so it wasn’t as draining as you might think.

The Merit of Re: Dive’s Filming Unit
“You don’t have to go with the flow.”

Would you say that the fun part about image processing is that you aren’t limited to the scope of direction, but are able to infuse your own ideas and creativity into what appears on screen?

Minami Yes, though we do get scolded for going overboard sometimes. (laughs) Like Aki said earlier, we can keep adding anything that comes to mind.

Aki When it happens, it happens. (laughs) But we do have a good amount of freedom to use our own judgment for Re: Dive projects.

Minami True. Even though filming comes at the end of the production cycle and the scenario, direction, and design stages are already complete by the time we get to it, I never feel like we’re just polishing off whatever is dropped down from the top.

Nothing beats the moment when we go to the other staff members with a final result that exceeds their expectations. It’s that “Everyone’s hard work has paid off!” kind of feeling. It feels like we really accomplished something.

In your opinion as former employees of animation studios, what would you say is the merit of working in the gaming industry and creating animations for Cygames?

Aki Games release new content on an almost daily basis, so we get user feedback right away. That’s what makes it all worthwhile and fun for me.

Minami I would like to add that thanks to “Team Cygames,” I really enjoy how it feels like everyone is working together to create one final product. For example, there was an instance where we added an effect to an animated scene, and that effect ended up being incorporated into the game itself. It’s only at Cygames and in the gaming industry that even the animation filming team can influence an actual character.

A Behind-The-Scenes Look at Cygames Pictures's Making of the Princess Co...
We went behind the scenes at Cygames Pictures, Inc. (CyPics) to learn more about the anime titles they're working on. In Part 1, we introduced readers to the CyPics office and interviewed Mr. Shun Kashima, the company's managing director...